It takes your own ideas

During your studies, you will write various reports, seminar papers, academic articles and finally also your thesis. In these texts, originality and your own ideas are expected. Academic writing isn’t just a collage of other people’s texts, no matter how nice and professional it might seem.

But what is an original idea?

It doesn’t need to be ground-breaking. All it means is that you have thought through everything that you write. By yourself, you found and referenced any ideas taken from academic work, you decided that they were important, and you found their meaning and context in the texts on your own. You expressed and developed your thoughts. You formulated hypotheses, examined what you know about the topic and how you learned what you know. This is exactly why you’re constantly being asked to write something.

You don’t need to discover a new continent, but you need to undertake the journey across the ocean and learn something from it. It doesn’t matter that much whether you sail around the world, discover a new island or have to come back home after a thunderstorm.

Where to conjure up an original idea

New findings arise in various ways. Perseverance, thoroughness and patience play a more important role than innate genius. Experienced researchers usually combine different methods; students at the beginning of their academic journey often manage with one. Commenting on the opinions of others will help you formulate your own ideas.

You can try to discover an original idea by:

A dialogue with others

Academic texts can be compared to a dialogue. Your own ideas react to the opinions of other authors. You can agree with them, compare them, develop them, show them from a different perspective, or even rebut them. While doing that, you need to clearly distinguish the voices of different speakers. 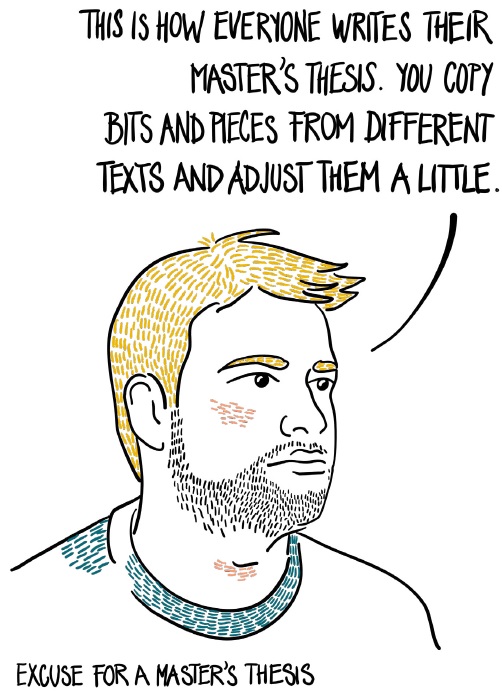 It is assumed in an academic text that everything which is not marked as a quotation or a paraphrase is the author’s original text.

If you read something elsewhere, state the source. This doesn’t diminish the role you played in research. It was surely challenging enough to find the idea, comprehend it and put it into context. There is no reason to hide that you found it. The novelty of your work is precisely how you deal with that idea.

New is not enough

The fact that an idea is new doesn’t necessarily make it good o r true. Just because you have written everything by yourself doesn’t guarantee that your work will be successful. Original ideas and correct referencing are just part of many components of academic writing. As a general rule, academic writing skills are improved through reading and writing.